Tuesday 13th January was the day of BBC Radio 1’s Future Festival 2015. A special night of live music by artists tipped to be massive in 2015 and lucky me was down at legendary the BBC Maida Vale studios, to witness the magic live.

The radio show was hosted by DJ Zane Lowe and took place in Studio 3, which was filled with a lovely crowd consisting of listeners and a lot of the BBC Radio family.

Judging from the line up, it promised to be an incredible night of great live music.

Starting the Future Festival, were the lovely guys from ‘Years & Years’ with their hit single ‘Desire’. The crowd was instantly hooked and sang along for the chorus. This glorious kick-off was followed with Years & Years ‘Take Shelter’ which was a beautiful moment. 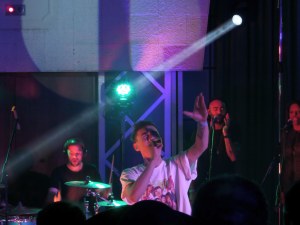 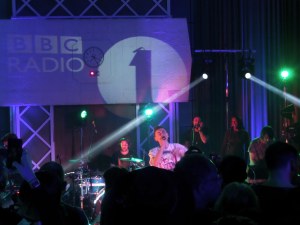 Mickey, Olly and Emre wrapped up their Future Festival performance with a stunning rendition of their new single ‘King’, proofing to the Maida Vale lot and the radio listeners, that they have topped the #SoundOf2015 for a reason. These boys surely will make 2015 worthwhile.

The next live performance was courtesy of the lovely ‘Shura’, who sat down in Studio 4, and wooed every single person listening to her gig live or on air with a beautiful performance of her single ‘Indecision’.

Back in Studio 3, the next newcomer to perform live for the studio audience and all the listeners on the radio, was the very friendly ‘Jack Garratt’. What a man. What a beard. And most of all – what a talent! 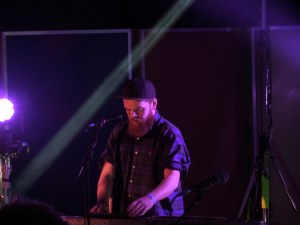 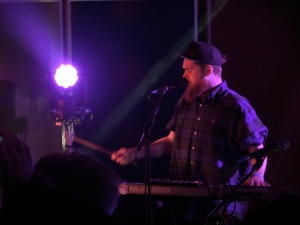 Playing countless instruments at the same time and creating such beautiful sound just on his own, he really surprised Maida Vale with a remarkable performance of ‘Water’ as well as ‘The Love You’re Given’ and the great track ‘Worry’ from his debut EP ‘Remnants’. Jack Garratt managed to leave the entire studio dazzled,embracing the fact that they have just experienced such a spectacular gig!

Half way through the line up things got a little bit louder as Zane Lowe introduced the next act ‘Coasts’. The five-piece started their set with their recent single ‘Rush Of Blood’ followed by ‘Modern Love’. The Bristol-based band finished things off with  ‘Oceans’ which got a lot of love from the crowd. 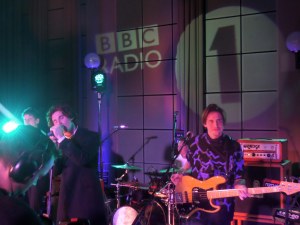 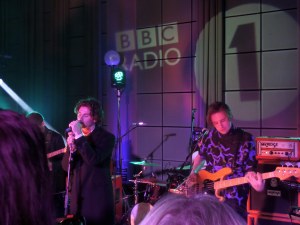 Guitar sound was followed with some grime music as rapper ‘Stormzy’ took to the stage of the Future Festival introduced by 1Xtra’s Charlie Sloth. He had prepared a special version of his single ‘Not That Deep’. The audience got into his spirit and sang along to the last chorus. It’s fair to say that Stormzys gig was quite the show.

After all the great performances the Future Festival was coming to an end and it was time for the headline act.

Zane Lowe introduced the one and only James Bay.

The crowd had gathered around the stage, trying to get as close as possible to the musically gifted man. James Bay started his set with the wonderful ‘Let It Go’.

This was a real moment. Ever since I have heard James Bay sing for the first time I was a in love with his voice. It’s just so beautiful, I am sure people wouldn’t even complain if he would start singing shopping lists or invoices. As long as he would do it in his specific style, all would be good. 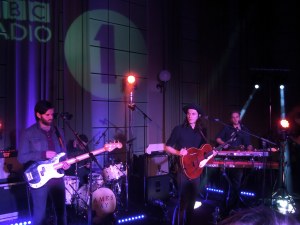 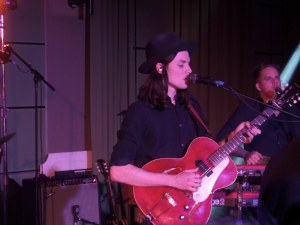 I was absolutely glued to the man with the hat as he continued with his famous single ‘Hold Back The River’. Hearing this marvelous song live, really was something special.

James Bay stepped up the game as he performed his new single ‘Scars’ acoustic. Just him and his guitar. This was the moment every single person in the studio got captivated by James’ magical voice and just got lost in the music.

James Bay ended his set with an absolute treat, a performance of ‘ Best Fake Smile’.

For my liking, James Bay could have performed another ten songs but air time is precious and the Future Festival needed to come to an end at some point.

Words don’t do justice and if you get the chance to see any of these new emerging artist, jump at the chance as you won’t be disappointed.

If you ask me, I reckon 2015 is going to be the year of the ‘J’, as I am sure the lovely Jack Garratt and the gorgeous James Bay will both go places this year!